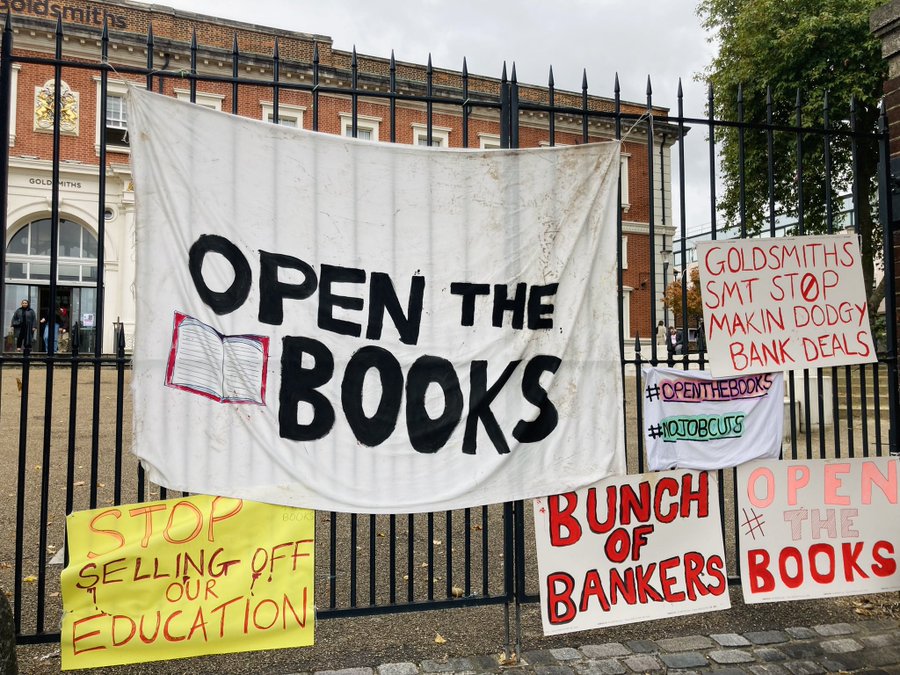 As many of you already know, the staff union (GUCU) had a branch meeting on the 6th of December to decide on the future of the current strike action. In this meeting, the staff union committed to escalating the strike into next term, unless SMT (Senior Management Team)  agrees to the union’s demands for no compulsory redundancies, transparency over the College’s finances and an alternative plan to reduce the College’s financial deficit. The vote that took place on Monday the 6th of December allows the union and its membership to plan for this escalation, but the details and exact timings of further strike action will be decided in the new year. This will allow GUCU members time to meet and plan with students and to coordinate with the national action and the union for professional services staff on campus (UNISON).

SMT has the power to stop further strike action at any time by coming to an agreement with GUCU. We understand that the possibility of further strike action is upsetting for many students, and acknowledge that the strike action has already caused a lot of disruption to your studies and lives. This decision is not being taken lightly by the union and further actions is being planned because after months of negotiating, the SMT are unwilling to meet the union’s demands and take the redundancies off the table. These redundancies are the first of several ‘tranches’ of upheaval promised by SMT so it is vital that we continue to resist the restructure. Stopping strike action now would put us back to square one and reverse the incredibly hard work that has been done by students, sabbatical officers, those working in the teachout programme and the negotiation team.

We need to keep the possibility of further action to keep pressure up while SMT considers their next move, and keep building on all that has been done over the past few months by students, staff, sabbatical officers and organisers. We are organising an open Q&A for students on Monday the 13th of December where we will listen to all queries and concerns before the end of term. All students are welcome to join the forum through this link: https://tinyurl.com/STRIKEASSEMBLY. The sabbatical officers, the GUCU presidents and union members involved in student-staff solidarity work will be present to answer any questions and listen to any concerns or worries that you might have.