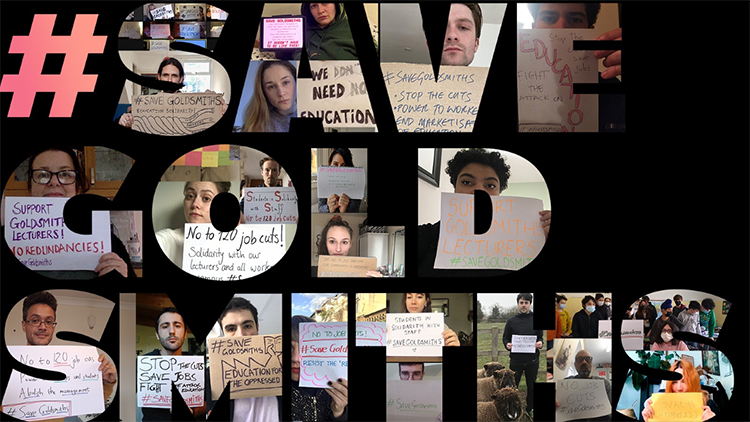 Members of Goldsmiths UCU (GUCU) are balloting for industrial action in a local dispute. The Warden (Frances Corner) and the Senior Management Team (SMT) are pushing through a “fire and rehire” restructure which will see at least 52 redundancies across the whole university. A deal was struck behind closed doors which will leave the university at the mercy of the banks or face repossession. SMT claims that the banks are demanding these mass redundancies, but they refuse to #OpenTheBooks or engage in meaningful consultation with the union. But there are alternatives to these savage cuts as outlined in the video here.

If SMT succeeds, an ominous message will be sent about the influence of banks in higher education, one which will empower other HE managers across the sector to consider similar ideological restructures.

Our branch is fighting back and is calling on other UCU branches for support by passing motions of solidarity and donating to the fighting fund. In addition, signatures are being sought for this open letter to the Warden.