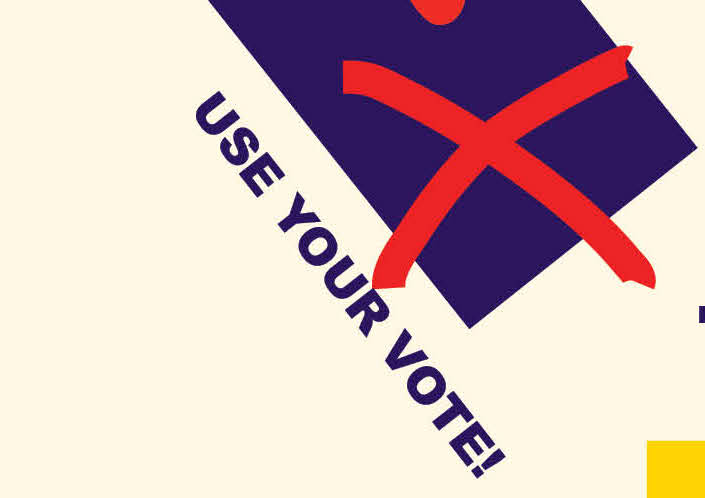 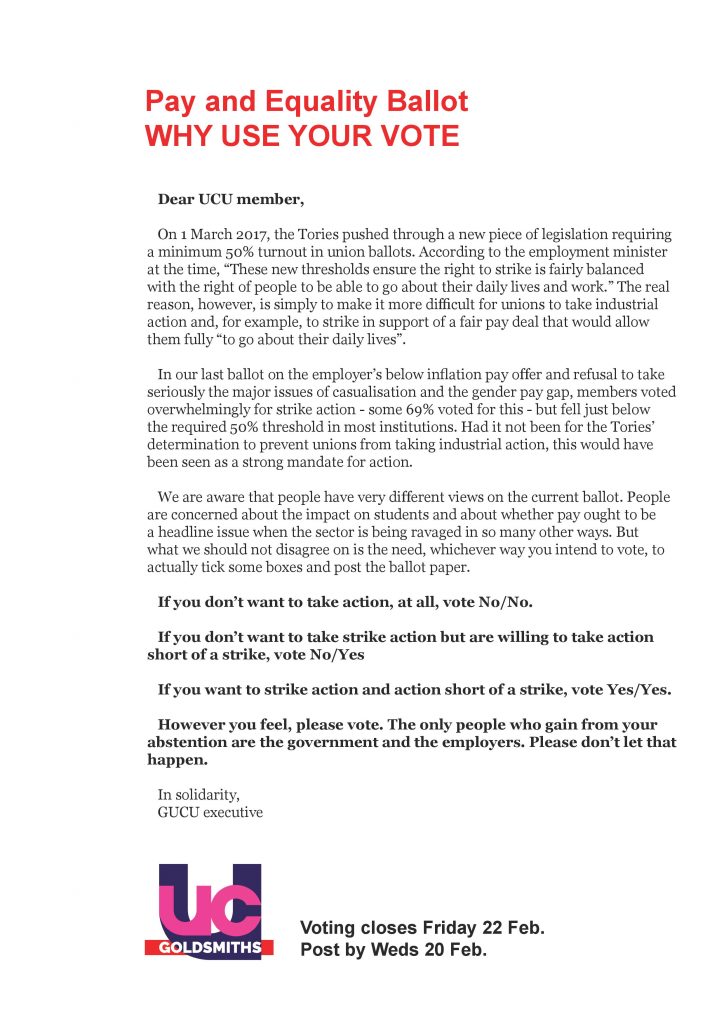 On 1 March 2017, the Tories pushed through a new piece of legislation requiring a minimum 50% turnout in union ballots. According to the employment minister at the time, “These new thresholds ensure the right to strike is fairly balanced with the right of people to be able to go about their daily lives and work.” The real reason, however, is simply to make it more difficult for unions to take industrial action and, for example, to strike in support of a fair pay deal that would allow them fully “to go about their daily lives”.

In our last ballot on the employer’s below inflation pay offer and refusal to take seriously the major issues of casualisation and the gender pay gap, member voted overwhelmingly for strike action – some 69% voted for this – but fell just below the required 50% threshold in most institutions. Had it not been for the Tories’ determination to prevent unions from taking industrial action, this would have been seen as a strong mandate for action.

We are aware that people have very different views on the current ballot. People are concerned about the impact on students and about whether pay ought to be headline issue when the sector is being ravaged in so many other ways. But what we should not disagree on is the need, whichever way you intend to vote, to actually tick some boxes and post the ballot paper.

If you don’t want to take action, at all, vote No/No.

If you don’t want to take strike action but are willing to take action short of a strike, vote No/Yes

If you want to strike action and action short of a strike, vote Yes/Yes.

However, you feel, please vote. The only people who gain from your abstention are the government and the employers. Please don’t let that happen.