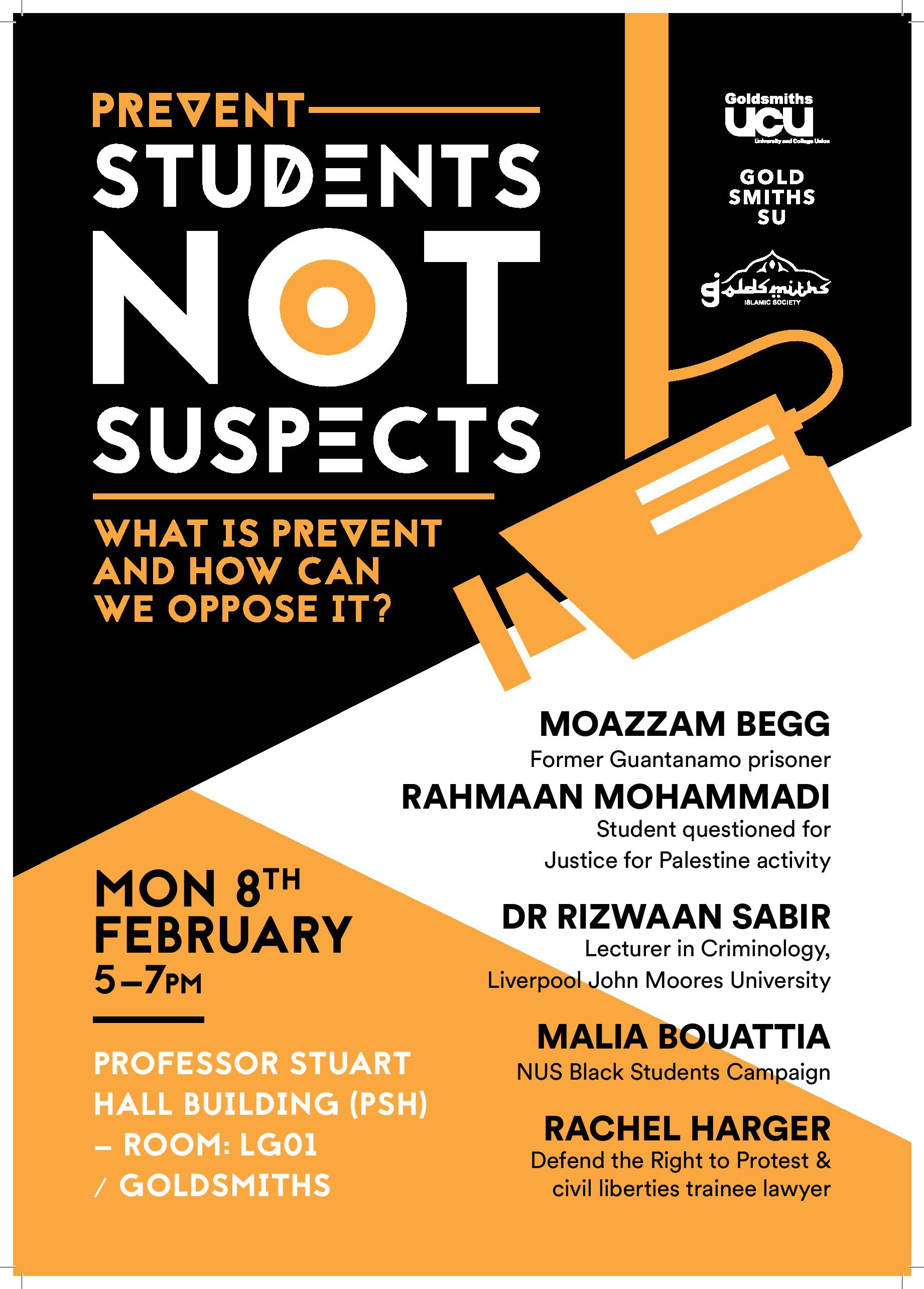 Counter Terrorism legislation introduced earlier this year includes a new prevent duty which requires Higher Education staff (and other public sector workers) to monitor students who are suspected of engaging in ‘active opposition to fundamental British values’ and to police ‘extremist’ speakers and students on campus.

The duty has been widely condemned by education unions and academics for its chilling effect on open debate, free speech and political dissent and the human rights group Liberty for turning “teachers and doctors into spies” and “blurring the line between dissent and criminality”.

Examples of students reported under the programme include Mohammed Farooq a terrorism studies student at Staffs Uni who was questioned about his views on homosexuality, ISIS and Al-Qaeda after reading a textbook on terrorism and a school student who was reported for his activism in support of the Palestinian cause.

Goldsmiths UCU and SU believe that Prevent will destroy the trust needed for a safe and supportive learning environment, encouraging discrimination against BME and Muslim staff and students.

This comes in the context of rising Islamophobia with the Metropolitan police recording a 70% increase in Islamophobic incidents over the last year.

Come and discuss how we can work together to oppose the duty and campaign for the repeal of the legislation.