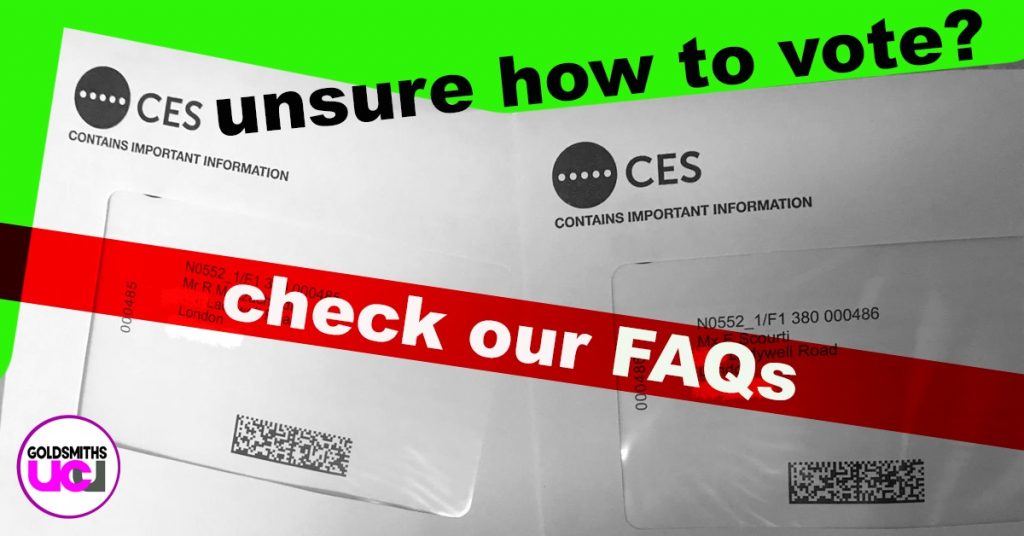 GUCU is currently balloting for industrial action to save jobs, defend departments, protect equalities and all staff against cost cutting measures. Here are some responses to FAQs.

Our main focus is a marking boycott or ASOS for those unable to participate in a marking boycott. Marking boycotts are the least disruptive for students – but they still have leveraging power with management. Students can still go to classes and submit their work. Their grades will only be delayed if management do not agree to negotiate.

I don’t want to strike – its tiring and the national strike didn’t work:

Strike is on the ballot as a very last resort. But it is an important tool in negotiations with management. Heriot Watt UCU got a strong turnout for strike action (66%) and that turnout was enough to get their management to the negotiating table. They won their demands without the need for action. The stronger our vote for strike action – the less likely we will have to use it.

This is a local dispute and any decision to embark on strike action will be democratically voted on by Goldsmiths UCU members.  The outcome of negotiations based on this action directly impact our workplace.

The timing is wrong. Can’t we talk to management or find other ways to put pressure on them?

We need industrial action at our disposal now. The ‘recovery plan’ is in motion and will be rolled out before then end of the year. We do not want to face compulsory redundancies and further cuts without being able to defend ourselves.

Many different groups have tried to talk to management, but they refuse to engage. That is why UCU supports the Professors Forum launching the vote of no confidence, after months of trying to get SMT to talk. The Vote of No Confidence is a good parallel way to put pressure on SMT – so please do register your vote. But we need to bring SMT to the negotiating table and only the threat of action will do that.

ALs, GTTs, and FTCs have faced the brunt of the cuts so far and it was their action in the summer that saved jobs. This time, casualised staff will have official collective union backing and the support of their full-time colleagues. There are also national and local strike funds for those facing hardship.

We know that the recovery plan is targeting certain departments and the professional services, so we must stand together against this. Strong departments are also in the firing line – the freeze on recruitment has seen huge increases in workload – and these cuts will continue. The plan is to resolve the University’s financial situation by making staff pay through redundancy, impossible workloads and centralisation. We must all stand together.

Surely we can’t win, don’t we have to accept the cuts to keep Goldsmiths afloat?

There is another way. UCU, Collective Change, the Professors Forum and even the SMT auditors, KPMG, have all suggested alternative ways of dealing with the finances that do not lead to job losses. We can save Goldsmiths and save our jobs. Together we can win! Heriot Watt won by getting a strong vote for action in their ballot.

We are not alone. There are growing numbers of branches balloting for action as university managers up and down the country are determined that university staff will pay the price for management’s bad decisions. UEL, Northumbria University, University of Brighton, and Birmingham City University are all balloting for action now and many more branches are in dispute. We can draw inspiration from the victory at Heriot Watt who faced very similar problems to our own. How do we win? Vote Yes and Yes in the ballot.