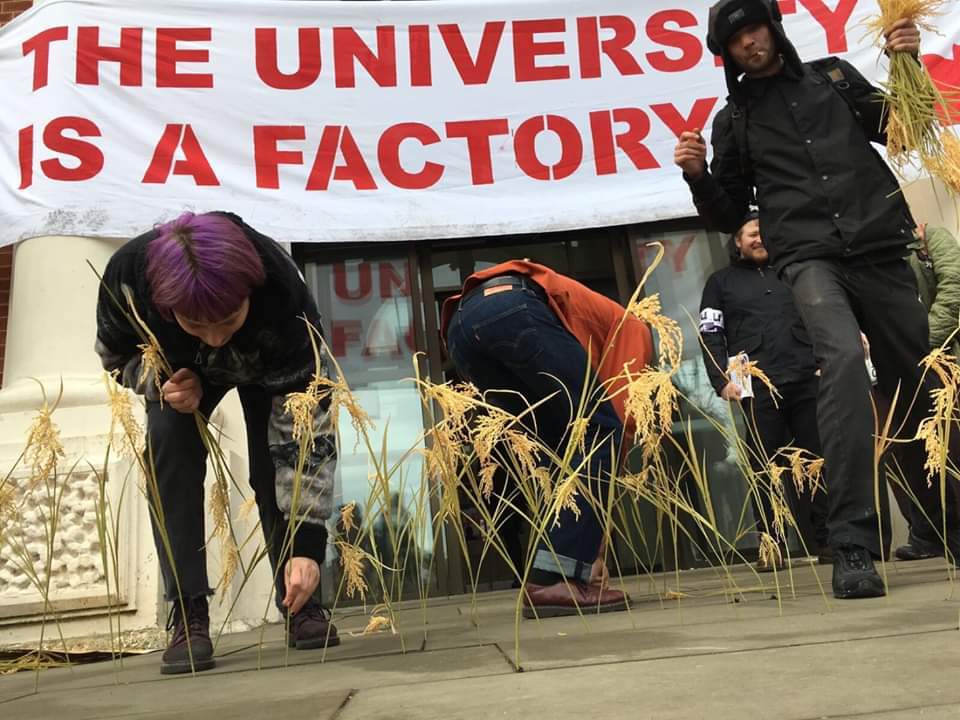 In an email sent out this Friday (May 22nd) at 6:15pm before the bank holiday weekend, the Warden of Goldsmiths, Frances Corner, announced the College’s decision to refuse to extend the contracts of Associate Lecturers (ALs) and Graduate Trainee Tutors (GTTS) during the Covid-19 pandemic in order to make use of the Government’s Job Retention (furloughing) scheme.

No rationale for the decision was given, except for the ambiguous statement that SMT ‘decided it is not appropriate’. The question is, what does ‘not appropriate’ mean here? From a legal perspective, it is clear that extending the contracts of Associate Lecturers and Graduate Trainee Tutors with the purpose of furloughing them is absolutely ‘appropriate’. Government advice clearly  states that ‘[a]n employee on a fixed term contract can be re-employed, furloughed and claimed for if… their contract expired on or after 28 February 2020’. Furthermore, the Government also clearly says that  ‘[i]f the employee’s fixed term contract has not already expired, it can be extended, or renewed’.

It is perfectly clear that the furloughing scheme is intended for those on fixed term contracts, as ALs and GTTs are, and that those contracts can be extended with the express purpose of furloughing. This is a sentiment that was also affirmed in an article written by Michelle Donelan, the Universities Minister. It is also clear that Goldsmiths intends to make use of the furloughing scheme for other staff members, with the Warden’s statement also claiming that ‘HR will formally write to the staff to be furloughed next week proposing furloughing and giving them a week to consider and confirm their agreement’.

So, if the legal basis is sound and Goldsmiths has committed to furloughing other members of staff, the question we return to is: why, when the furloughing comes at little or no cost to the university, have Frances Corner and SMT decided to turn their backs on many of the College’s most precarious workers, who are about to lose their incomes during an unprecedented crisis with little or no possibility for other sources of income?

Given that SMT have provided no legal explanation for their refusal, we are left to assume that furloughing ‘is not appropriate’ for ALs because they simply do not think our labour/contribution to teaching is valuable enough to make us we deserve to access a scheme that is formally and legally available to us. We are utterly outraged by this show of contempt for GTTS/ALs, and frankly consider the refusal to furlough casualised staff while furloughing others to be straightforwardly discriminatory. The logic seems to be:  if you are low paid and you are looking to lose your job anyway, why should we support you during the crisis?  The College’s management thus callously leaves hundreds of the most precarious staff compassionless out in the cold, while blatantly dismissing the widespread expression of solidarity by students and senior colleagues in two separate open letters this week only.

While systematic disregard of students’ and staff’s wellbeing and its subordination to badly managed and calculated market incentives sadly comes as no surprise for anyone at Goldsmiths, it becomes increasingly clear that continuing “business as usual” won’t do, particularly in this moment. We call once again on all workers in the college to support us in our request to be furloughed and to exert any form of pressure on SMT to force them to revert their decision. We too, will consider every means we have at our disposal to oppose this course of action.

This is the culmination of a spate of attacks on ALs throughout this lockdown period. In no other context would staff be threatened with mass redundancies and refused furloughing without public outcry. Goldsmiths puts itself in line with a rogue’s gallery of employers, like Wetherspoons, Virgin, and Amazon. The difference is that, for now, they get away with it.