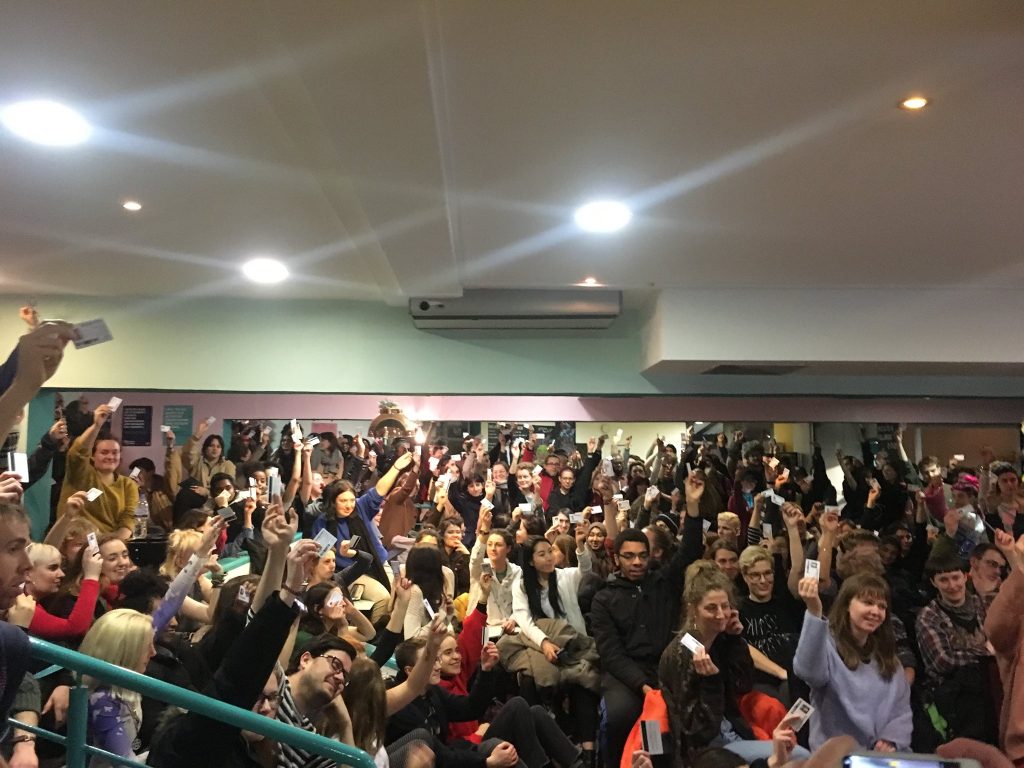 Universities have had to respond to many shifts in policies and practices over the last three decades and face significant challenges in the years ahead. Meanwhile, students everywhere continue to struggle with massive debt burdens and increasing levels of mental ill-health. Across the sector increasing numbers of staff are on precarious contracts and issues of inequality and lack of diversity are ever more harshly felt. All threaten to impact negatively on teaching and research and to undermine the potential of an institution such as Goldsmiths.

Universities now exist in a more disconnected, less predictable and less equal world, with ever-deeper divisions between places, generations, races, faiths, social classes and more. Public spaces are being lost while trust in politicians, elites and institutions is at an all-time low. Climate breakdown is with us, affecting current and future generations. People are hungry for the power to make their lives, the places they work, their communities and their countries better. We can see this hunger in the Brexit vote to #metoo, in the solidarity movements formed around people seeking asylum, in the response of the community around Grenfell Tower; as well as in the HE dispute. But from national politics to our local neighbourhoods and universities, too often that voice goes unheard – and too often it is turned to anger and division.

Universities are part of this social order. Many people who make up the university community feel disconnected from decision-making and cynical about the values and motivations of decision-makers. When institutions lose their authority, people cease engaging with them and/or seek answers elsewhere. But Goldsmiths also has a community deeply committed to its values of being radical, creative and critical. If Goldsmiths does not respond to this desire for engagement and involvement, it will lose its legitimacy, waste this huge potential and at worst, it will grow antagonism and increase division.

Higher education institutions should be a blueprint for participation, dialogue and interaction on the social, political, economic and ecological problems that we face. Goldsmiths has an opportunity to be at the forefront of developing a truly innovative democratic approach to governance. Democratic systems work better when a higher proportion of the population have a deep understanding of the issues and can contribute fully to decisions made that impact upon them. We can work towards more shared and distributed models of decision-making and control that will be a beacon of democratic engagement in the sector bringing deeper connections to the people and communities that make up Goldsmiths – sustainability in all its meaning.

The current governance structure within HEIs is broadly as follows: (i) the Governing Body (Council) has overall and collective responsibility for all institutional activities, providing strategic direction and taking all final decisions on matters of fundamental concern within its remit in order to achieve the institutional mission. (ii) The Academic Board has responsibility for academic decisions within Goldsmiths. (ii) The Executive/Senior Management Team has an operational role, managing the day to day running of the institution and ensuring the implementation of the Governing Body’s strategic vision. Despite the extensive governance statutes, protocols and guidance that exist, it is widely felt within Goldsmiths that governance is failing to function properly: staff representation is inadequate and many people feel disconnected and alienated from the institution. This requires urgent attention. Since the external review by the Good Governance Institute undertaken in summer 2019 the College is taking steps to increase awareness and understanding of how governance works at Goldsmiths and the Warden has now announced a series of “citizens’ assemblies”. These are potentially important steps but it is unclear what these assemblies will do, how they will operate, whether they will have any decision-making power and if they will be embedded into structures of governance. A broader, more inclusive and more holistic resetting of governance is needed to ensure full participation and engagement within the University, and between the University and its constituent communities.

Goldsmiths should hold a year long Convention on Democratic Governance that aims to learn from the best examples around the world and work to forge new understanding about Goldsmiths structures of governance, and to spread understanding between Goldsmiths management and the wider community of staff, students and local residents.

After a 3-6 month period of careful preparation, we propose a one-year institution-wide Convention on Goldsmiths Democratic Governance to:

Preparatory Convention Phase (3-6 months): Any debate set up to reform democratic governance must itself be democratically constituted. This will require a 3-6 month phase wherein the proceeding stages of the convention will be discussed and a process agreed. The preparatory phase should involve discussions within all departments and professional service areas and across all groups of staff and students and include interested members of the New Cross Community. It will include 2 Goldsmiths citizen assemblies – an opening citizen’s assembly to launch the Convention and the debate and a summation citizen’s assembly in the final weeks of the preparatory stage to discuss and endorse the approach that has emerged from the many discussions undertaken in-between.

Main Convention Phase: This will require a Goldsmiths community-wide conversation on our systems and processes of governance and how they could be improved that will feed into a set of robust recommendations for reform. (For more detail on the resources and process see Appendix 1)

An inclusive process can lead to a concrete and achievable set of recommendations developed by the Goldsmiths community.

The remit of the convention will be crucial to its success. It must:

Crucially, the remit must allow the Convention to start from the position and framing of the Goldsmiths community, while arriving at a set of clear and specific recommendations that Goldsmiths management can respond to.

The key question to be addressed by the convention would be:

“What are the key problems with the democratic governance of Goldsmiths and how should they be addressed?”

We are not starting from zero. Since 2015, multiple discussions have emerged, often focussed around the Gold Paper, with a wide cross-section of the Goldsmiths community. We know that there are a number of key democratic issues that people are concerned about, but are not limited to:

These issues may be a spring board for the conversation, but the final list of themes to be considered by the Convention will be decided by the people involved themselves who will be asked to prioritise those that should be the focus of the Convention.

The hope is that the Convention will stimulate a deep debate on the future of Goldsmiths democratic governance that will give the community of Goldsmiths a meaningful sense of ownership and investment in the process and also act as a model of democratic practice for other HEIs. However, this would be the beginning not the end of the process of renewal. The hope is that this Convention will stimulate further processes, to entrench a culture and method of deliberation that in time will become a permanent feature of our democratic decision-making.

The Convention will produce concrete outputs in the form of a final report and recommendations that will:

To fully commit to and drive this process forward will require one full time Project Officer/Research Associate for 12 months who is experienced in:

The Project officer/RA should report to and work with an agreed member of the Goldsmiths community who will support and direct them throughout.

Depending on what process is agreed other costs may extend to: transcription of convention meetings; payment for participation if meetings take place outside of a person’s normal working hours; travel costs for meeting attendance; design and publication of final report.