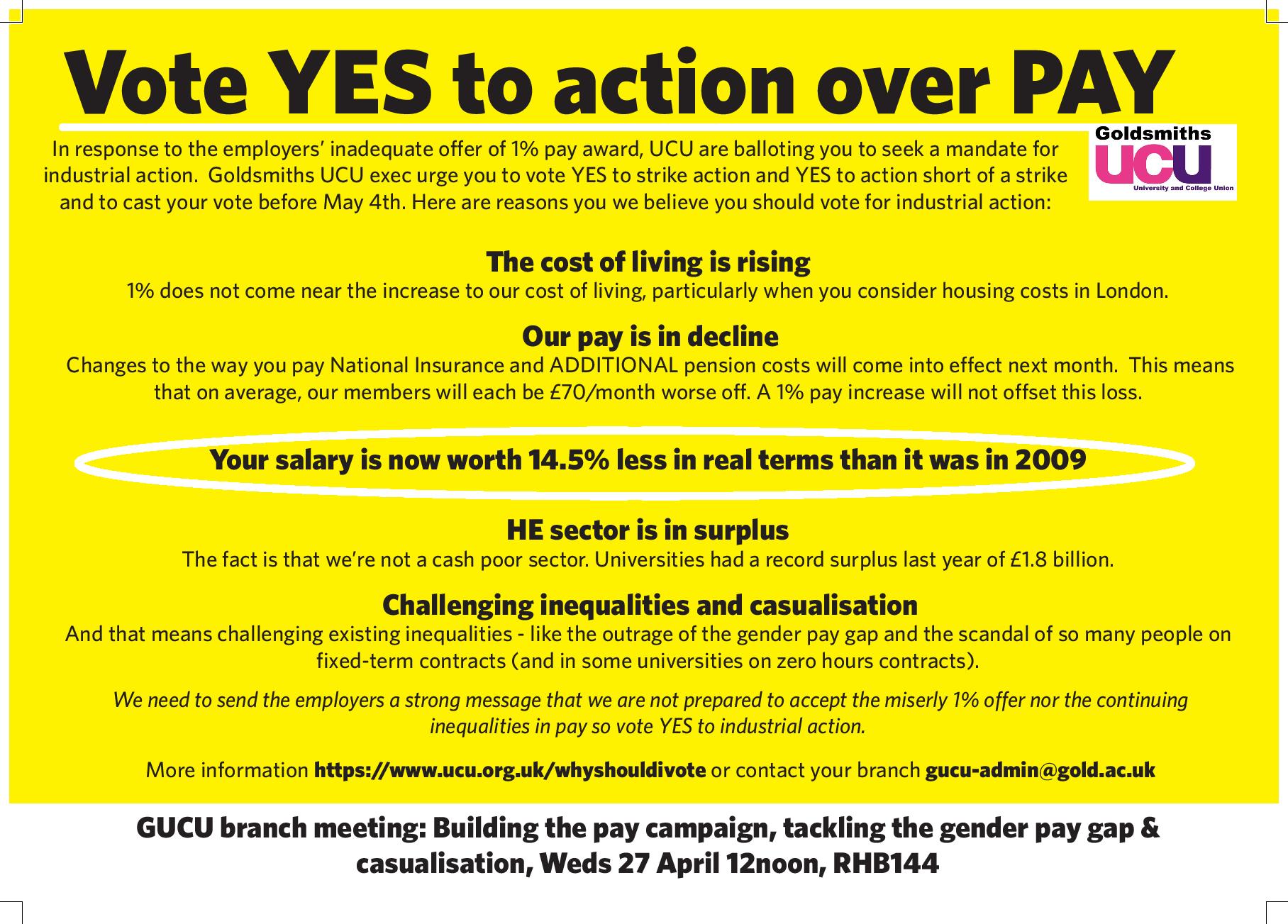 In response to the employers’ inadequate offer of 1% pay award, UCU are balloting you to seek a mandate for industrial action.  Goldsmiths UCU exec urge you to vote YES to strike action and YES to action short of a strike. You need to vote before May 4th.

Here are reasons you we believe you should vote for industrial action:

The cost of living is rising: 1% does not come near the increase to our cost of living, particularly when you consider housing costs in London.

Our pay is in decline: Changes to THE way you pay National Insurance and ADDITIONAL pension costs will come into effect next month.  This means that on average, our members will each be £70/month worse off. A 1% pay increase will not offset this loss.

HE sector is in surplus: The fact is that we’re not a cash poor sector. Universities had a record surplus last year of £1.8 billion – mostly because of the numbers of students paying the £9000 fees. OK, Goldsmiths isn’t like Oxford (which a surplus of £191 million) or Imperial (with a surplus of £143 million) but we need to stand together with our colleagues across the country to make sure we all get the pay we deserve.

Challenging inequalities and casualisation: And that means challenging existing inequalities – like the outrage of the gender pay gap and the scandal of so many people on fixed- term contracts (and in some universities on zero hours contracts).

We need to send the employers a strong message that we are not prepared to accept the miserly 1% offer nor the continuing inequalities in pay so vote YES to industrial action.

UCUHE/272 informs branches and LA’s of letters received from HEI’s challenging the pay dispute for 2016 – 2017. UCU’s standard response to those institutions forms part of this circular: